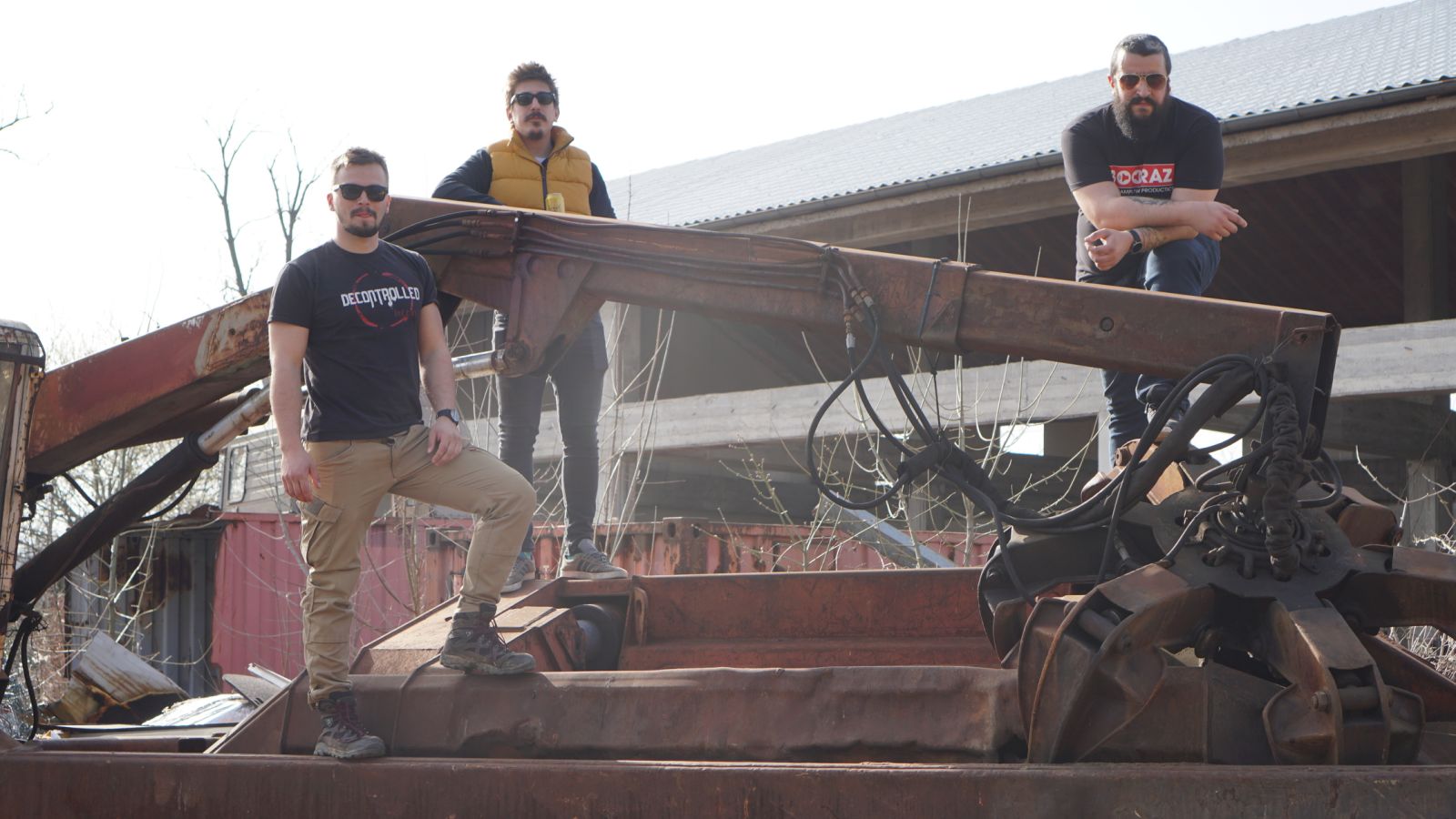 Booraz Audio – Music and audio production service specialized in audio sampling, live field recordings and VST/VI development.
Booraz (buraz {original transcription}) – Meaning: (brother, bro, pal {noun}). Company was founded on 20th of May 2020 in Banja Luka by three really close friends who share love for beer, music, audio and event production. Like all stories it all started in a bar where we were hanging out, having some beer at our usual spot. Talking about music, guitars, equipment and other thing. At some point we started thinking about libraries and sound samples that are out there and how fun it must be to capture unique sounds and share those with people. We realized that we already have all gear and that we will end up spending even more time together, doing things that we love: producing audio. Just a few days later we made a first recording session in the scrapyard. Broke few cars, smashed few tanks and plates. We had such an awesome time and we were pretty happy with initial results to the point where we got really inspired to get serious about all that, make a plan and try and make some user-friendly, affordable libraries and sound packs. Whole idea is to make super awesome sounds really accessible and affordable to every producer out there. It’s expensive and hard enough for any producer to make a living even without having to pay for sounds and libraries, let alone buy expensive ones! That is why all our products will be priced at bare minimum pricing point just to cover time we spend editing and preparing it for you and keep us afloat so we can continue doing it!

Hence our slogan: Made by producers for producers.

If you have any cool idea for a sample pack or a library, please let us know. Go to our Contact section and shoot us a message!